A huge step in digital product development is making sure your product works properly with solid test planning led by qualified software QA professionals. Getting the exact ratio of developers to testers depends on a variety of factors, from stage of development to project complexity, but all projects need testing of some kind.

Learn which new testing types and structures are taking the industry by storm, then decide which ones are best for your team in this detailed guide.

Why is Software Testing Important?

Software development and quality assurance go hand-in-hand, however you decide how to integrate QA into your process. But it can be misleading when you see that quality assurance and testing budgets have been steadily declining since 2016, according to a Statista survey from 2012-2019. It’s easy to make the mistake of thinking testing isn’t important. The truth is that QA is becoming more efficient and cost-effective, so companies can meet their quality standards without breaking their budgets.

So, why is testing important? Just look at the backlash and bad reviews for buggy apps and clunky video games to see for yourself. For example:

What could’ve been minor bugs in regular circumstances became major problems because of how bad the user experience was. Bottom line? With software, it’s better to stick with the proverb of “measure twice, cut once” and be on the safe side.

In recent trends, the industry seems to be moving away from QA-based testing and towards developer-based testing. As usual with cases like this, you can find facts to support either side. But the results-driven nature of QA testing will always put it above a strictly developer-based approach. These approaches are both at their best when combined!

If you’re just starting out and need to cover the basics, developer-based testing will be a good quick fix. But sooner rather than later, you’re going to need to add QA-based testing to neaten up your process and support your developers. The key thing to remember is that developers will still work closely with your testing team in a QA-based environment, so you’ll get a more balanced combination of their strengths that way.

Because the tester-to-developer ratio can fluctuate based on project size and complexity, outsourcing and staff augmentation are becoming very popular solutions for QA. You can add or remove team members on-demand, adapting to project needs quickly to avoid slowing down your time to market. The section of the market employing this tool is growing gradually–some estimate it’s around 25%, although several players being present in the industry makes it difficult to approximate–but early adopters will see the biggest benefits.

DevOps is already well-known for its benefits on speeding up project timelines and improving product quality. Continuous integration and continuous delivery (CI/CD) falls under the DevOps umbrella, and over 60% of professionals in the worldwide industry told Statista they use CI for unit, build, and functional testing. When you can deliver results faster, consult previous states of your application easily, cut back on manual labor for your team, and run tests more often to find and fix bugs, you can see exactly why.

In 2017, Statista found that only 13% of global respondents used strictly manual testing for QA. As automation becomes more popular, more and more IT teams are discovering the benefits. The same survey showed that 52% of IT professionals automated test cases with frameworks. Looking ahead, the Automation Testing Market Global Forecast from Research and Markets projected almost 20% growth from $20.7 billion USD in 2021 to $49.9 billion USD in 2026. The repetitive tasks that make up proper test execution are just perfect for automated testing! Test results are often achieved faster, saving time for your team and your project.

The Role of QA in Software Development & Testing FAQ 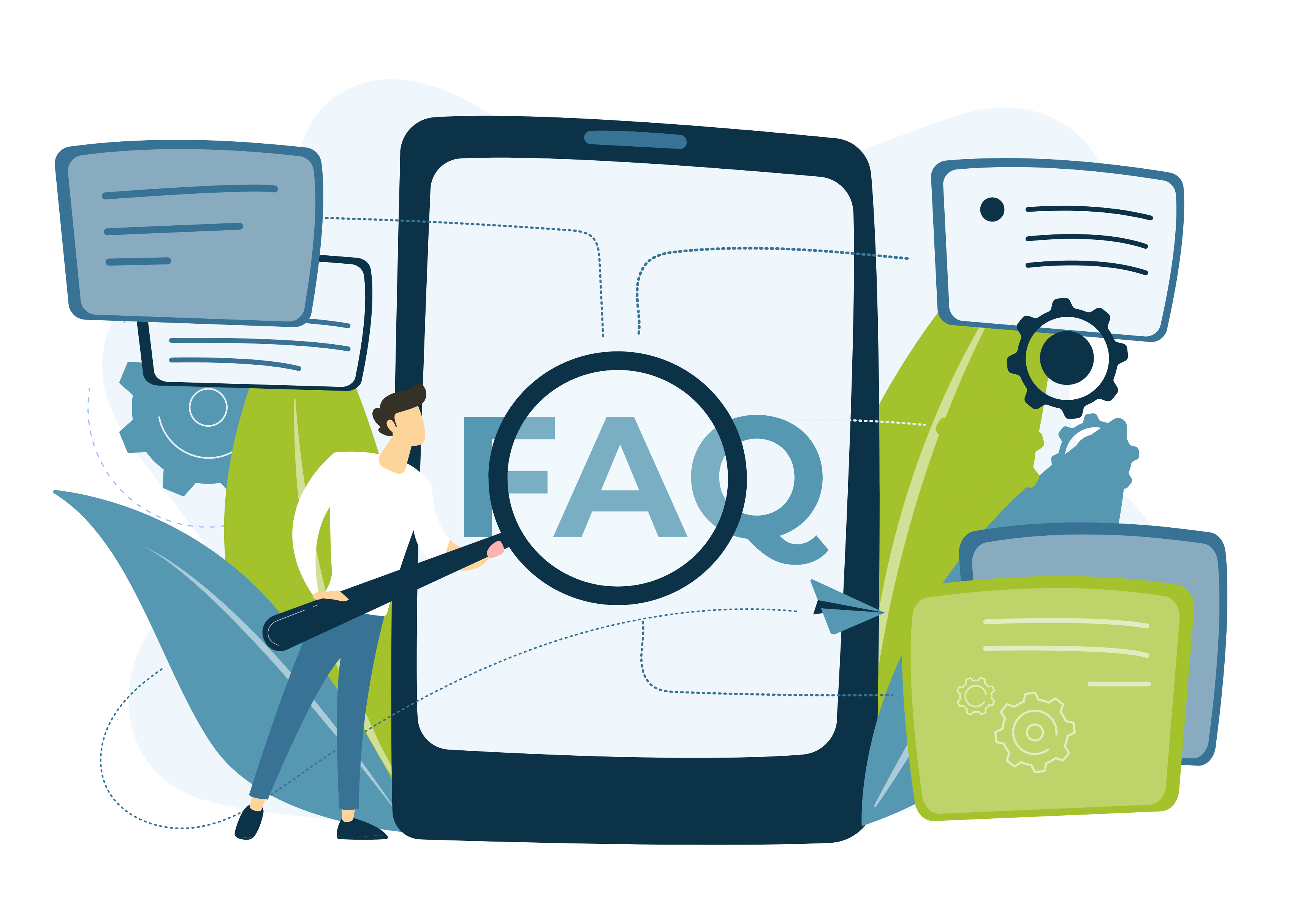 If you’ve still got questions on key elements of software testing, this section is dedicated to you! We’ll cover development and test cycles, different kinds of QA testing, and more. For any questions you’ve got that aren’t listed here, feel free to contact us to go over your company’s projects and find the right answer for you.

Requirement Analysis: This one’s exactly what it sounds like. At this step, your team works with executives and analysts to define the scope of the project and the resources you’ll need.

Structural Design: Including UI/UX design, this step is about creating the architecture that your software project will use as a framework for menus and other components.

Implementation: This is the bulk of the SDLC. Here, front- and back-end developers get to work building the digital project in your chosen programming language.

QA: Here’s where all the testing will take place. This typically happens at regular intervals during implementation, giving developers timely feedback on the code they’re creating.

Deployment and Maintenance: These last two involve launching the software, then having a team update and support the product after it’s gone to market.

Requirement Analysis: Obviously, this is different for testers than developers. Testers are out to understand what needs to be tested, so they can deliver better insights to developers.

Test Planning and Design: After the QA project manager figures out the effort and costs required for testing, the team prepares data and test cases for review.

Test Environment Setup: This is the bread and butter of the STLC, and it can happen during the test design stage. The conditions for software testing determine if the QA team’s findings will best reflect the final environment.

Test Execution: With data, test cases, and the environment all prepared, this is when the QA team can start their work to identify flaws and find bugs.

Test Closure: The results of testing are analyzed in this stage, so they can be shared with the development team and overall project manager to fix the issues.

Black-Box vs. White-Box Testing: The main differences between these testing categories can be summed up as external only vs. full review respectively. Black-box testing only looks at external behavior, not the software’s inner workings. White-box testing looks at both.

Automated Acceptance Testing: Because they assess programs in a production-like setting by testing from a user’s perspective, these tests are extra effective with CI/CD processes.

Integration Testing: Taking place after unit tests and before functional tests, this will test software modules as a group. It determines if a system/component meets requirements.

Regression Tests: This type of test is for previously tested programs to make sure they still operate correctly after prior changes. If it doesn’t, that’s referred to as a regression.

Security Testing: As cybersecurity becomes a bigger concern than ever, security testing focuses on exposing vulnerabilities in information systems while maintaining functionality.

Smoke Testing: Usually performed earlier in development, smoke tests are designed to find simple and severe flaws that would hold a project back from going to launch.

These phrases are often confused, since they describe various ways that a project isn’t working. Error is the difference between expected and actual output, and it’s typically used as a term for developers. Testers will say it’s a bug rather than an error. Fault is when something makes it so the software can’t perform as intended. Typically, this is an issue in the code. Failure refers to a component or system in the project that’s unable to carry out a specific function based on its specifications. This means the equipment you have can’t support what you’re trying to do.

10 Tips for a Successful Development Process with Enterprise Software Applications

How the Great People Shortage Sparked the Big Tech Reckoning

Talent shortages are the top reason why IT executives had trouble adopting 64% of new technologies, followed by costs and security (in a global Gartner report cited by Forbes). If you rely on onshore staffing, that shortage will continue. The U.S. Department of Labor projected that the current talent gap for software engineers could reach 85.2 million as soon as 2030.

When the coronavirus response led to remote structures for industries across the globe, the technology services market was already headed in that direction. Digital adoption came easier for those businesses. That head start helped them accelerate remote implementation for less tech-oriented companies. Searching for guidance in an economy suddenly defined by digital accessibility, they contracted these remote vendors to get up to speed.

Get the latest insights on technology right in your inbox

THANK YOU FOR SUBSCRIBING